Finally out again! Singing together, performing in front of a real audience, storming stages big and small! Two years ago, the Berlin Girls’ Choir wanted to go to Leipzig for the German Choir Festival, but it had to be cancelled because of Corona. Now it was made up for and all the participating choirs enjoyed the opportunities to meet, the concerts in the open air and in various houses. By the way, the city of Leipzig was a great host.

The Concert Choir of the Berlin Girls’ Choir under the direction of Sabine Wüsthoff, accompanied by Justine Eckhaut on the piano and coached by its voice coach Sara Dang, sang on the main stage at the Markt as part of the presentation of the Berlin Choir Association under the motto “Colourful like this city” and on the small charming open air stage of the Singbuss of the German Choir Youth on the Burgplatz. In addition, he gave a spiritual concert in the Propsteikirche. Thanks again to the congregation and the Provost Cantor Stephan Rommelspacher for allowing us to perform here as part of the “Leipziger Abendlob”.

We also visited some concerts of other choirs, listened to competition performances and undertook musical city walks through Leipzig, which brought us closer to the city. On our way we met singers from all over Germany on every street corner and in every square. The festival feeling was great and happy and brought us a little closer to each other again. 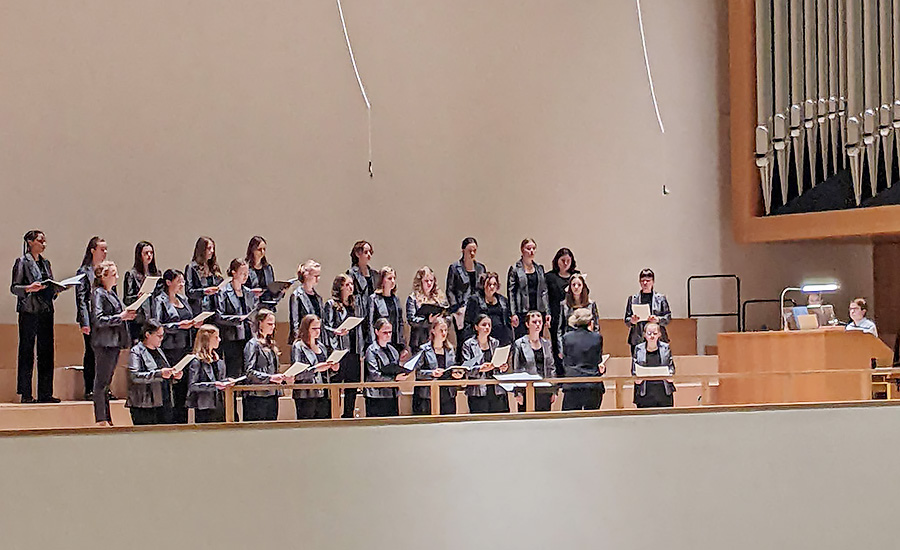