During the autumn holidays, the Concert Choir under the direction of Sabine Wüsthoff was on the road again after a long break from Corona. They visited their partner choir, the Cathedral Girls’ Choir in Uppsala (conducted by Margareta Raab), with whom they gave a much-acclaimed joint concert in the cathedral before an audience of more than 500.

From Uppsala the tour continued to Stockholm. Here, too, the choir thrilled the audience. At the invitation of Ambassador Christina Beinhoff, the singers performed for invited guests at the German Embassy, gave a concert together with the Haga Motettkör (cond. Michael Dierks) in the German Church of St. Gertrud and had a short choir encounter with the children’s choir of the Oskar Church (cond. Hanna Sandman).

Finally, the choir tried out the great acoustics in St. Petri’s Church in Malmö with some pieces from their concert programme, where organist Carl Adam Landström also explained to the girls one of the most modern organs in the world and the largest in Northern Europe. In keeping with Halloween, Karin Oldgren gave a musical sample with the Harry Potter theme.

Filled and enriched by the numerous experiences and many wonderful musical and human encounters, the singers, aged between 13 and 18, returned to Berlin.

Many thanks to all partners who contributed to the great success of the trip! 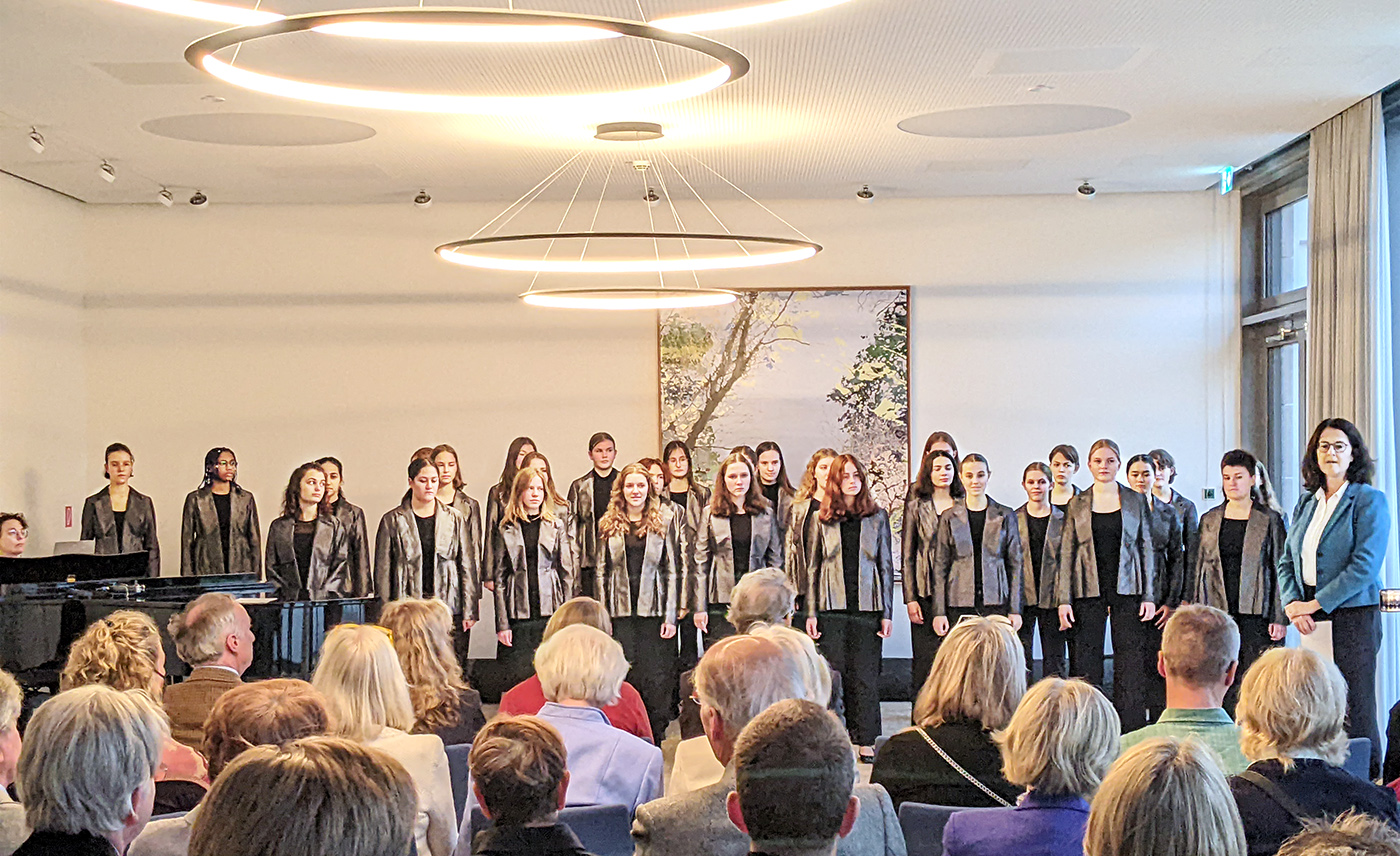 Concert at the German Embassy, Stockholm 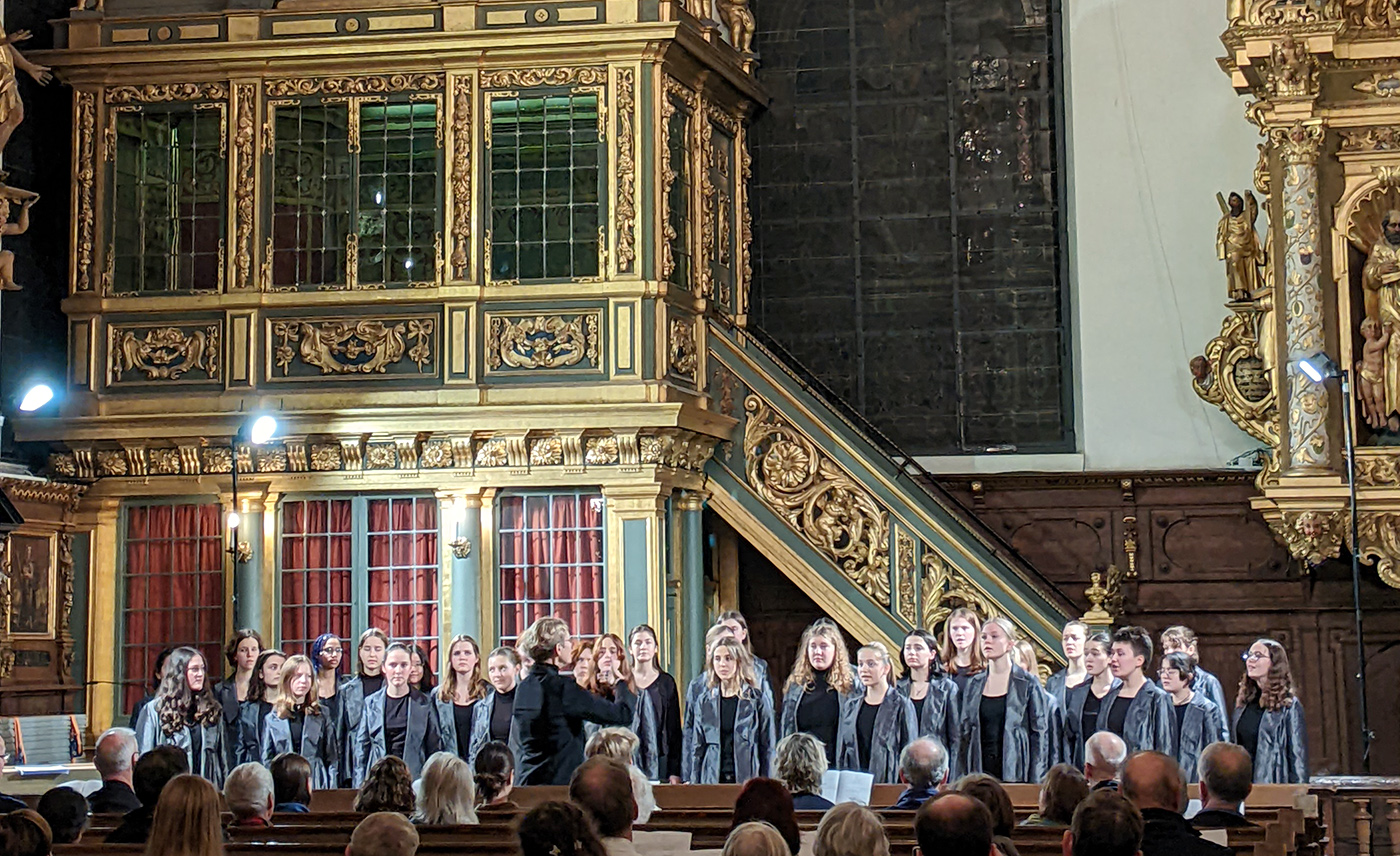 Concert at the German Church, Stockholm

The concert tour was made possible with the financial support of the Goethe-Institut.